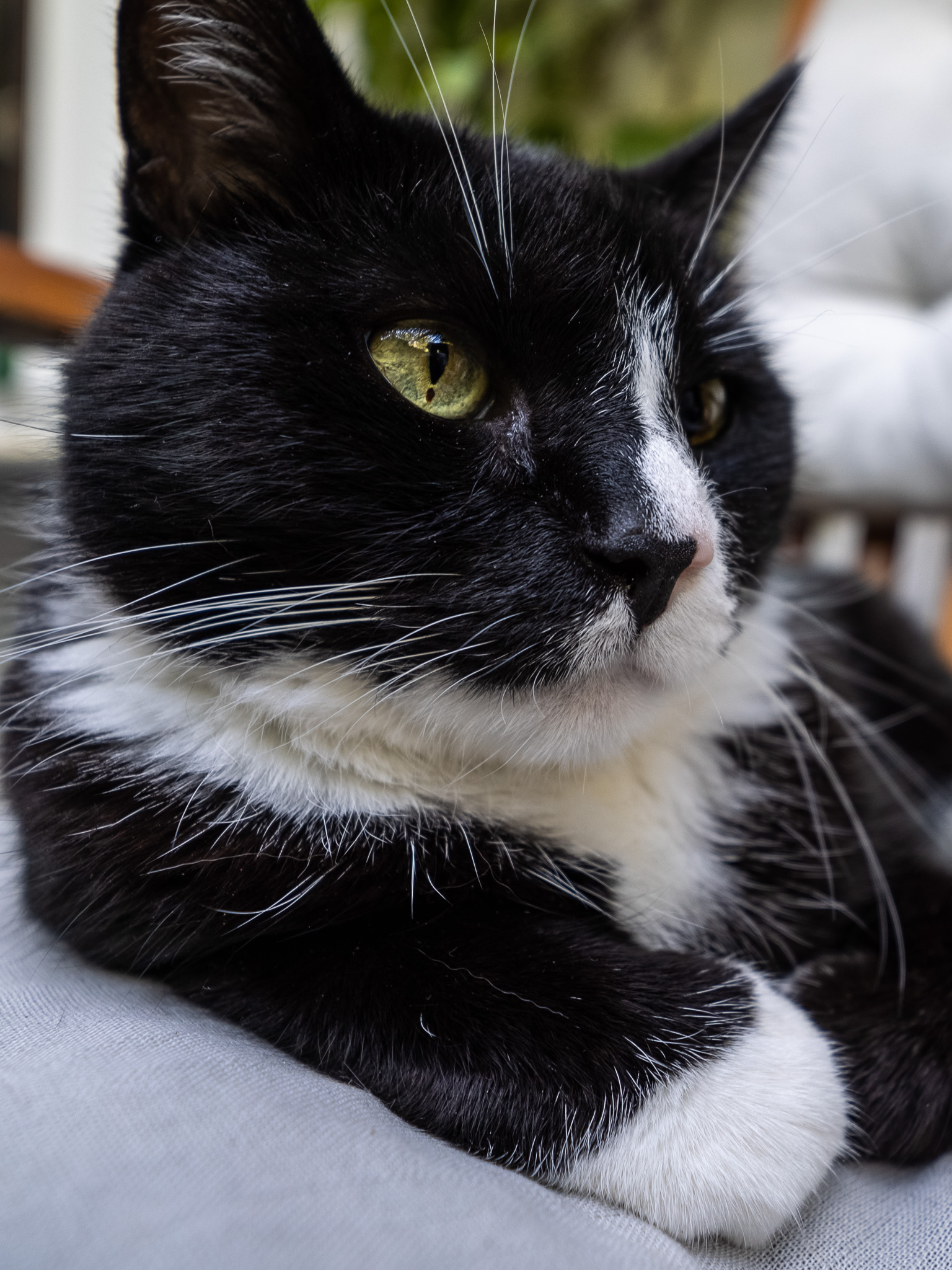 Our cat Tom chilling on the garden chair

In the mean­time, I have bought a sec­ond third-par­ty lens:

I enjoyed using it with the Sony Alpha 7R III before. But since my Sony had to leave in the mean­time in favour of the EOS R5, I also sold the Samyang AF 14mm f/2.8 FE.

The lens is a real insid­er tip! The image qual­i­ty is unbe­liev­ably good for the price, it even comes close to the image qual­i­ty of the Canon EF 14mm f/2.8L II (see the direct com­par­i­son on the-digital-picture.com), even sur­pass­es it par­tial­ly - and that for less than a quar­ter of the price.

I now had the choice to choose either the EF or the RF ver­sion, the lens is pro­duced with both mounts. But since I want to use it on my 5DS R as well and found an extreme­ly good deal, it final­ly end­ed up being the EF ver­sion.

The lens works fine with the Canon EF-R mount adapter on the R5. The eye aut­o­fo­cus is also work­ing per­fect­ly. Our house cat Tom had to serve as a test object:

How­ev­er, there is anoth­er lim­i­ta­tion with the samyang:

For rea­sons I can’t explain, on the EOS R5 with the Samyang 14mm AF, the sen­sor-based image sta­bi­liz­er does­n’t work. The cam­era menu indi­cates that the lens does not sup­port sta­bil­i­sa­tion. This even works with pure­ly man­u­al lens­es after enter­ing the focal length. As the EXIF data shows, the lens also trans­mits the cor­rect focal length of 14mm to the cam­era. Well, with 14mm focal length I can prob­a­bly do well with­out a sta­bi­liza­tion, maybe SAMYANG will pro­vide it in a firmware update.